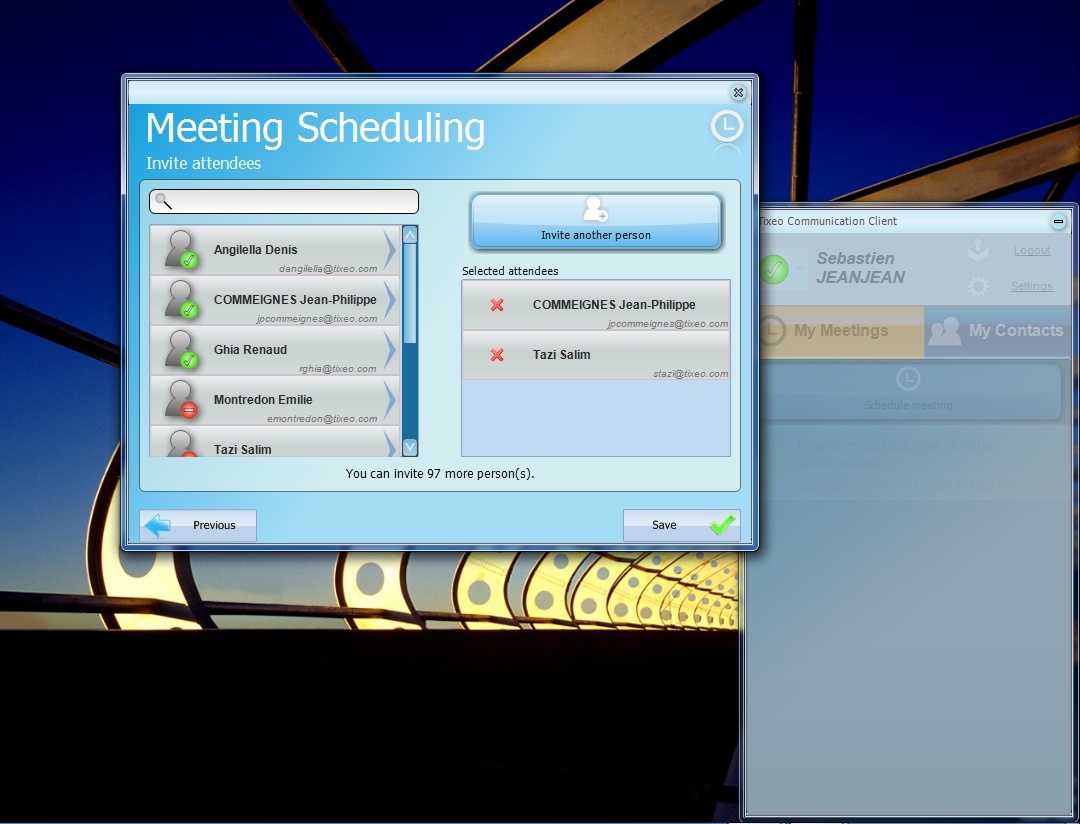 Most of web & videoconferencing software-based solutions require to schedule a video conference and send emails to invite attendees, before being able to join the meeting. This process is well-suited for meetings planned on a fixed date but not for informal meetings. Indeed, no matter where users are from, they would rather use their phone when they need to quickly talk to a workmate about a particular matter, instead of spending some time on scheduling a video conference.

That’s why Tixeo has decided to add presence & Tixeo ad-hoc meetings features to WorkSpace3D, allowing you to know who is online, busy or offline, and set up an instant video conference by clicking on the contact you want to talk with. Thanks to this, talking over video conference with one of your workmates will be as easy as giving him a phone call.

By making videoconferencing easier and faster, WorkSpace3D 4.0 will boost users adoption within companies and unleash the potential of collaboration over video conference. Companies will not only be more productive than before but also save more money by maximizing video conferencing usage.

For customers who want to have their on-premise videoconferencing server, Tixeo offers the possibility to deploy a SIP compliant Confcall Gateway, in addition to the Workspace3D Enterprise server.

This gateway allows you to host conference calls synchronized to your video conferences over WorkSpace3D. Each time a video conference is created, a phone conference will be automatically created on the Confcall Gateway, using your IPBX and one of your phone numbers.

Thanks to this, users are free to use the built-in VoIP of WorkSpace3D or their phones during their video conferences at no cost. 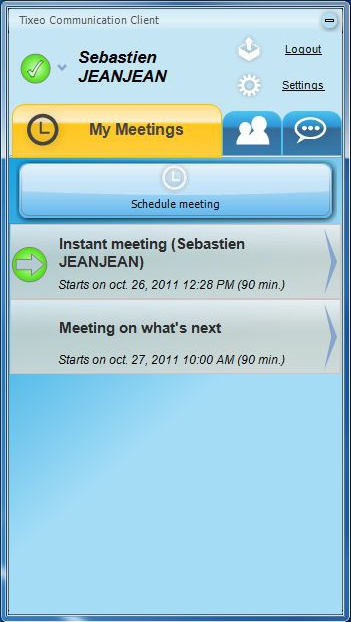 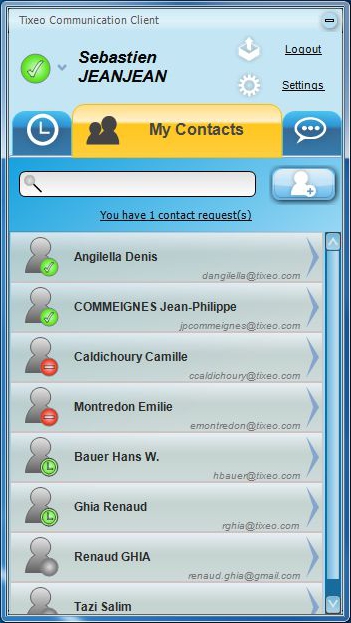 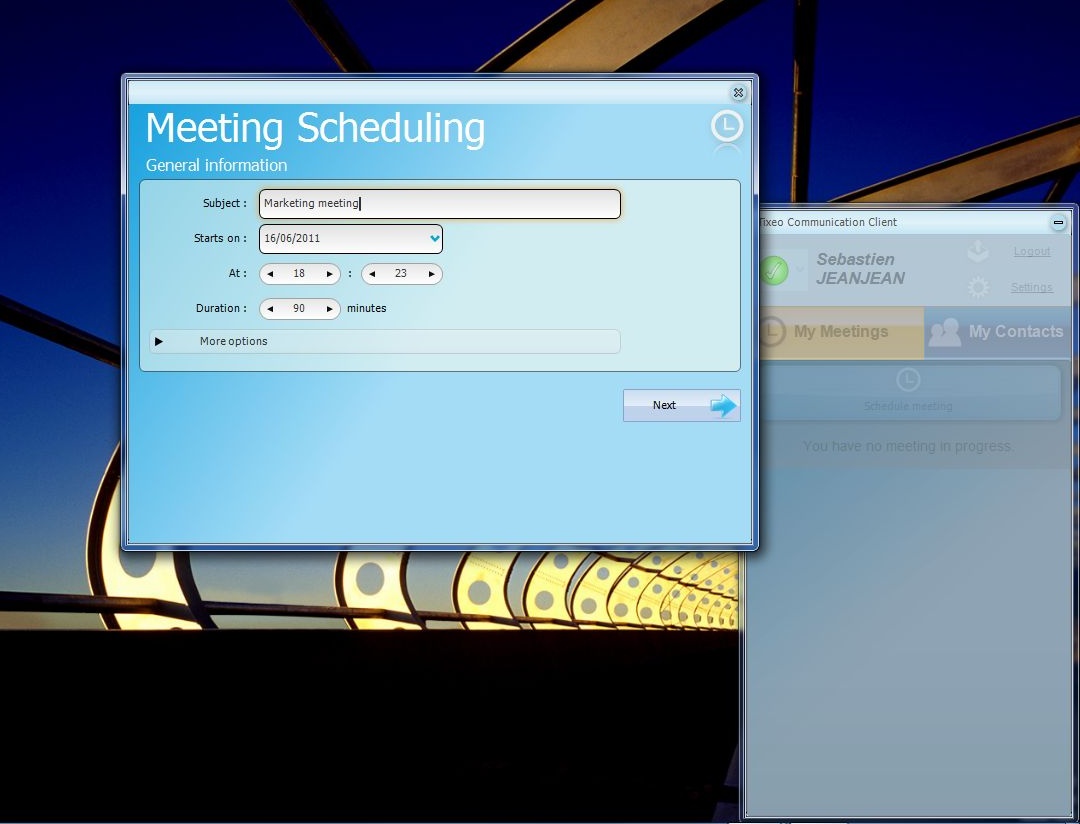 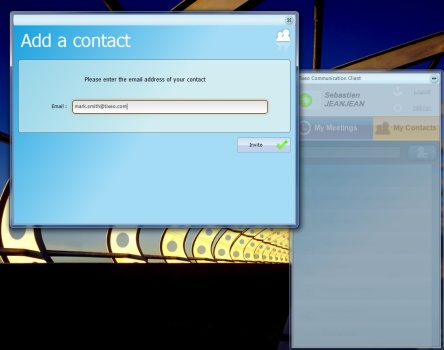