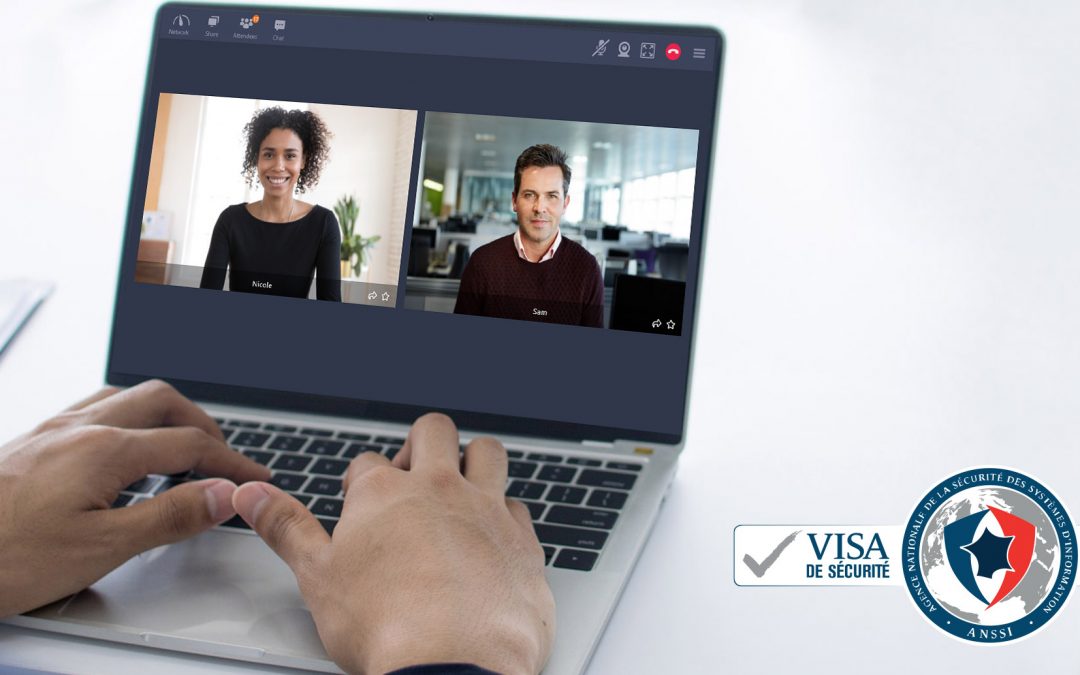 Three years after receiving its first Security Visa from the French National Agency for the Security of Information Systems (ANSSI), Tixeo is again awarded this title for a new certification of its video conferencing technology. Tixeo remains the only videoconferencing editor to have received this visa, which makes it radically different from other videoconferencing offers available on the market.

This visa materializes the First Level Security Certification (CSPN) of the TixeoServer product (version 15.5.0.0) obtained on June 15, 2021. This certification comes in addition to the one already obtained by the European editor in April 2017 (Version 11.5.2.0).

The security visas issued by the ANSSI make it easy to identify the most reliable cybersecurity solutions, which are recognised as such following an evaluation carried out by approved laboratories according to a rigorous and proven methodology.

For Tixeo, this label confirms its position as the European leader in secure video conferencing. This distinction is the result of more than 10 years of research and development which allowed the implementation of innovative security mechanisms, including a true end-to-end encryption of communications in a multipoint meeting.

“We are proud to provide the one and only video conferencing technology awarded by the ANSSI security visa. Security is part of Tixeo’s DNA: our main goal is to guarantee the highest level of security and privacy to our customers’ video conferences, whether they are from the public or private sector.” Renaud Ghia, President of Tixeo.

The ANSSI is the French State agency responsible for ensuring the security and defence of the State’s information systems and companies classified as OIV (Operators of Vital Importance). It is thus directly attached to the General Secretariat for National Defence and Security (SGDSN), the authority in charge of assisting the Prime Minister in the exercise of his responsibilities in terms of national defence and security.